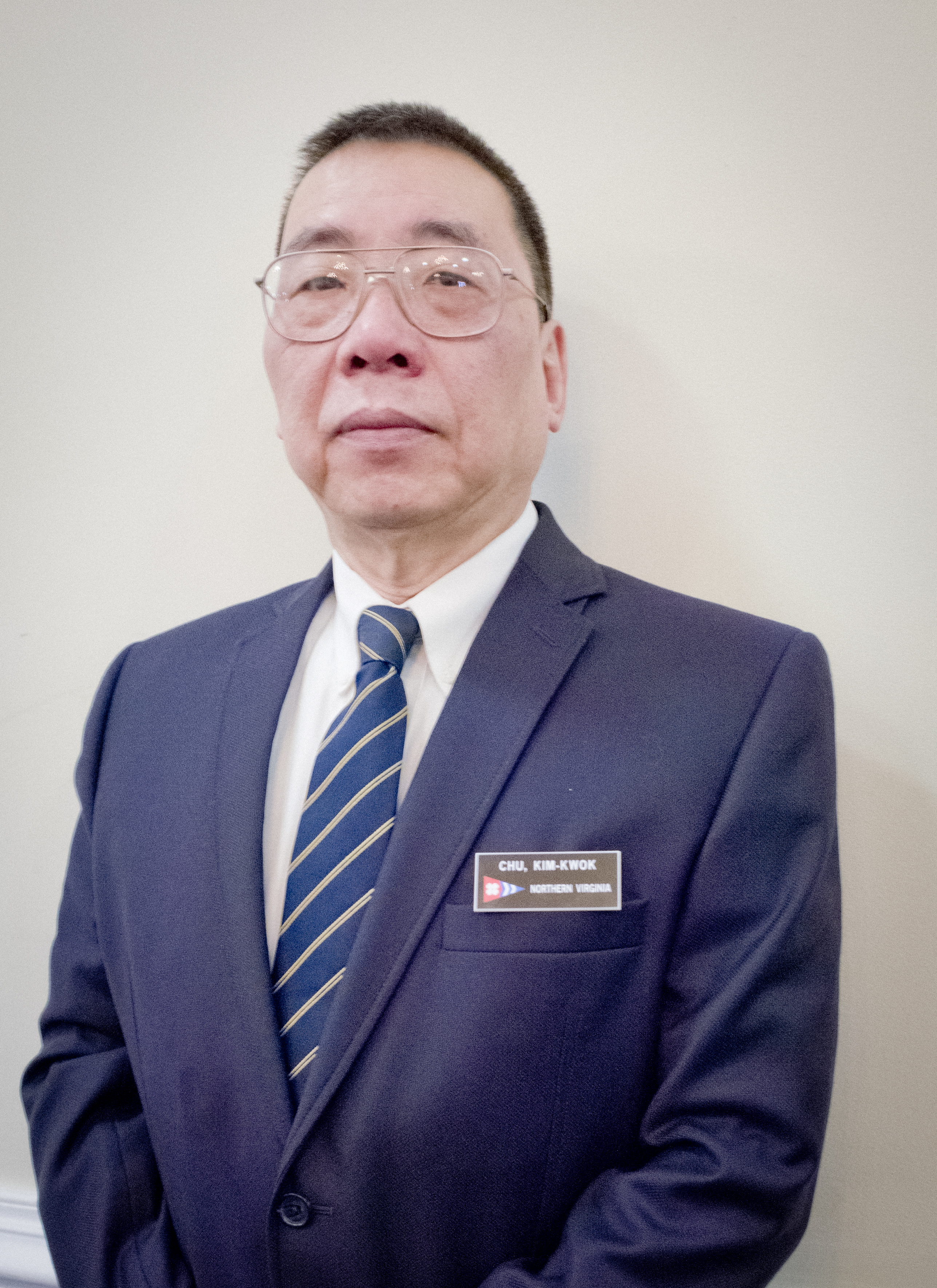 Kim-Kwok Chu Crossed the Bar April 3, 2018. Born September 26, 1952 in Shanghai, grew up in Hong Kong, was active all his life. He came to the U.S. in 1979, immigrating to U.S. because his dad and the whole family moved here many years ago. He was the last of his family to make the move.

He went back to Hong Kong where I was, for us to get married. We both started studying in Northern Virginia Community College. He transferred to George Mason University and finished with a BS degree in Electrical Engineering. We had known each other 10 years before we got married. He was my tutor for English and all science subjects. When I was 39, we had our first child Ming Yi Chu. Then 3 years later, we had another boy Long Yi. They are 17 and 20 now.

Kim knew Judo, Aikido, Jujutsu, and Kyudo (archery). Nobody could have beaten him and his martial art teacher never forgot that. Kim joined his students after class for buffets and support. He encouraged one of the young men to chase after a girl, who later became his wife. Without his push, this young man might have become a lonely middle-aged man.

Kim mastered many skills. He played Ping-pong, watching YouTube videos to perfect his skill. He learned to dance but kept it a secret how he learned. Then I found out he was practicing in the garage. He said it was almost like learning martial art moves. He taught himself how to use a complicated embroidery machine by reading the manual. Nobody taught him. He volunteered to teach a Jujutsu group in Alexandria William Ramsay Recreation Center. He taught the students jo do, Kendo and mixed in Iaido, and they cut bamboo mat poles with a real sword like a Samurai.

Through sailing, Kim achieved the knowledge to obtain his Captain’s License. He wrote several articles about weather and sailing. He served as Administrative Officer and photographer with the rank of L/C with the Northern Virginia Sail and Power Squadron. Submitted by Ying Choi 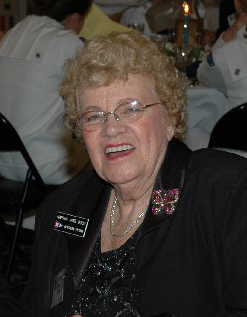 Martha Jane Dodd, age 91, passed away on November 1, 2017 in Fairfax, Virginia. If you were a member of NVSPS around the turn of the new century, you must have encountered the smiling face of Martha Jane .

Martha Jane loved the squadron and worked as hard as anyone for its success. She and her husband Edwin Dodd were tireless recruiters for new members. In 1996 they received the Spirit of Flower Power award for generating membership participation. As Membership Chair Martha Jane organized recruitment crews for basic boating classes for several years. She won the Spirit of Flower Power award every year from 1998 to 2001 when the squadron decided she should keep it permanently.

When Ed became Commander in 1999 Martha Jane worked tirelessly at his side to make the year memorable for all members. Their D5 spring conference hospitality suite featured a navigation test performed on Etch-a-Sketch boards. Each summer they participated in the squadron cruise aboard their 36’ sports fisherman Martha Jane which they kept at Fairfax Yacht Club. They also promoted the Cooperative Charting program by tromping around in the weeds searching for markers and interviewing marina owners for updated information. We miss you, Martha Jane. 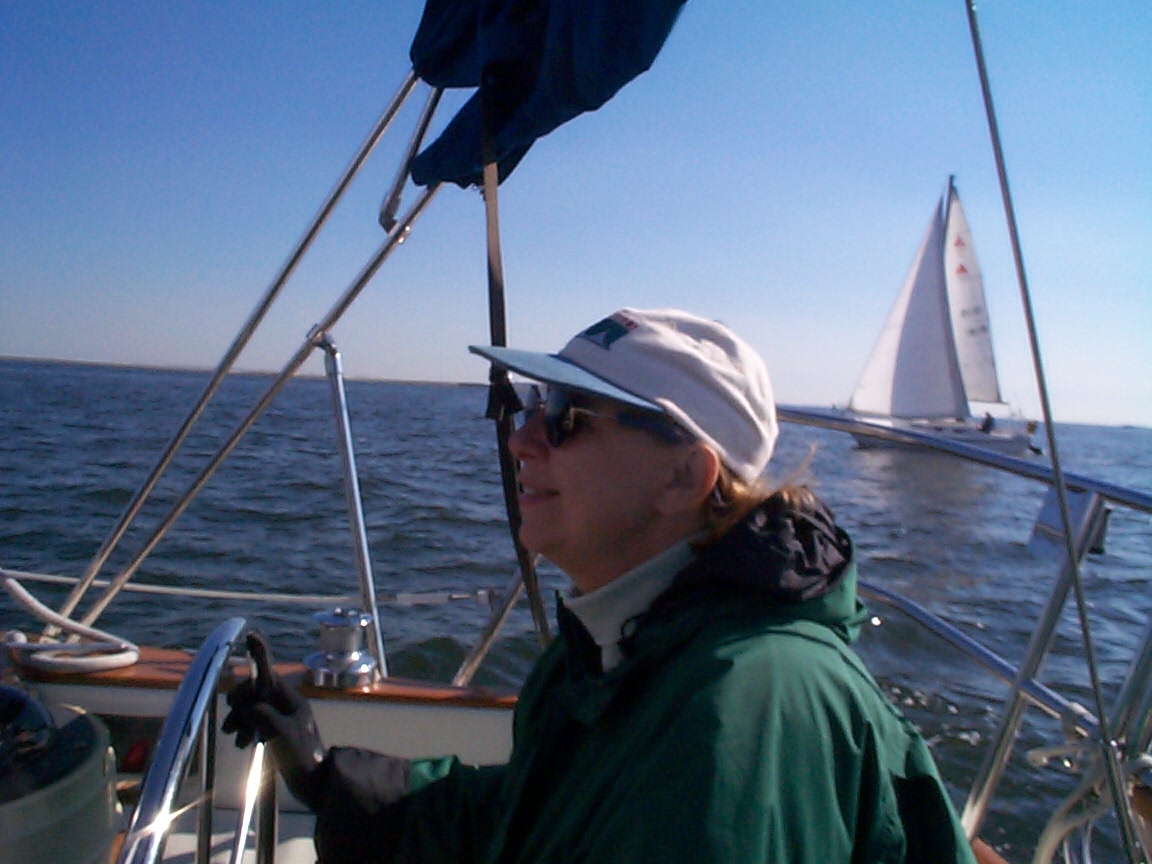 P/Lt/C Manette Barbara Lazear, AP, age 70, passed away on July 30, 2017 in Fairfax, Virginia. Manette was a life member of NVSPS with 29 merit marks and a love of the water. She began sailing as a teen, with an Alcort Minifish, on Long Island Sound. Later in life, she moved to Northern Virginia and sailed the Minifish on the Potomac. After she married Walt Lazear in 1989 and moved to Reston, she and Walt sailed the Minifish from their lakeside home on Lake Thoreau. They also bareboat chartered for 15 years on the Chesapeake Bay, often going for long weekend sails with friends. They would not touch shore for three days, not talk about work, anchor in a creek each night, and give their friends a true break from stress. Manette loved the Bay, crab cakes, and her Reston lake.

Manette was born on August 20, 1947 in Manhassett, NY (on Long Island). She is survived by her loving husband, Walt Lazear, a brother, John Charny of Cleveland, a son Peter, a daughter Lori, numerous nieces and nephews, and five grandchildren. She graduated from the C.W. Post campus of Long Island University and worked first as a medical secretary in NY and then as a computer analyst at the MITRE Corporation in McLean, VA until retirement in 2000. 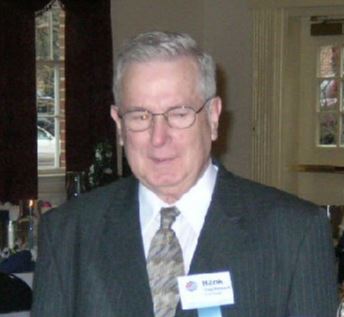 Henry Joseph Trochesset, 82, died October 10, 2015. Henry was born in Mississippi and was a veteran, having served in the US Army. He was a member of St. Stephen Martyr Roman Catholic Church, and St. Gregory the Great Roman Catholic Church, a former member of the United States Power Squadron (including serving as NVSPS Commander) and an avid Sailor. He had a curiosity for knowledge about everything and was well read. He joins Patricia Trochesset, his first wife, who died in 1999. Left to cherish his memory are his loving wife of 12 years, Lucille I Trochesset; children, Suzanne Marie Trochesset, Pamela Jeanne Trochesset (Anthony); grandchildren Yasmin, Isobel, Sabrina, Phoebe, Chantal, and Angelica; great granddaughter Celine, and sister Evelyn Kindle. He also leaves behind his second wife's children: Darlene Frances Ramsey, Doreen Ann Williams (Richard); Valerie Irene Souther (Kevin); their children Ashley, Tatum, and Devin, and a host of other family and friends. 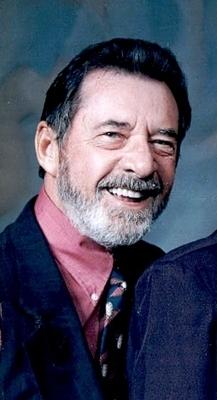 P/C Claude Russell Yates III (Bud), JN age 90, passed away on July 14, 2015 in Cape Canaveral, Florida. Claude was involved with the founding of Northern Virginia Power Squadron in 1968 and was Commander of the squadron 1973-1974. Recounting his year of command in memoirs for the 40th squadron anniversary celebration (seen here), Claude noted the significant accomplishment of winning the National USPS Commanders Cup competition. He also praised long-time members such as Gale Alls and Alan Hart for their hard work, which they continue even today.

Claude Yates was born on April 30, 1925 in Alexandria, Va. Claude is survived by his loving wife of 63 years, Ann Lee Bettis Yates, also survived by a brother and his wife, Mr. And Mrs. Robert E. Yates, Sr., a brother in law James H. Bettis and nine nieces and nephews and their numerous offspring. Claude graduated from the George Washington University of Washington D.C. He was a veteran of WWII serving 6 years in the U.S. Navy as an aerial gunner and flight engineer. Claude retired after 32 years of Federal Government service. Claude and Ann were active in the First Baptist Church of Orlando where a memorial service was held Thursday, July 23, 2015 at 10:30 A.M. in the Henry Chapel. In lieu of flowers, donations may be made to Health First Hospice. 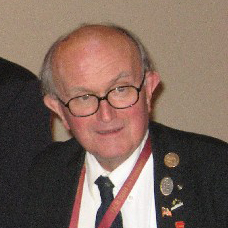 Robert "Bob" Wackerman Hutton, N of Alexandria, a 44-year NVSPS member, passed away on Sunday, October 19, 2014. Bob was hurt in a fall in his home last August and spent some time in a rehabilitation facility. Bob was involved with the Northern Virginia Sail & Power Squadron, the American Wine Society, and the American Association of Geographers. His careers included time with the National Security Agency and 30 years with the Library of Congress. He joined the Knights of the Vine and started his retirement career of writing wine articles for various publications. Through these articles, he was invited annually with a press pass for Vin Expo in Burgundy, France, and the London Wine Fair.

ALL USPS MEMBERS ARE INVITED TO ATTEND. 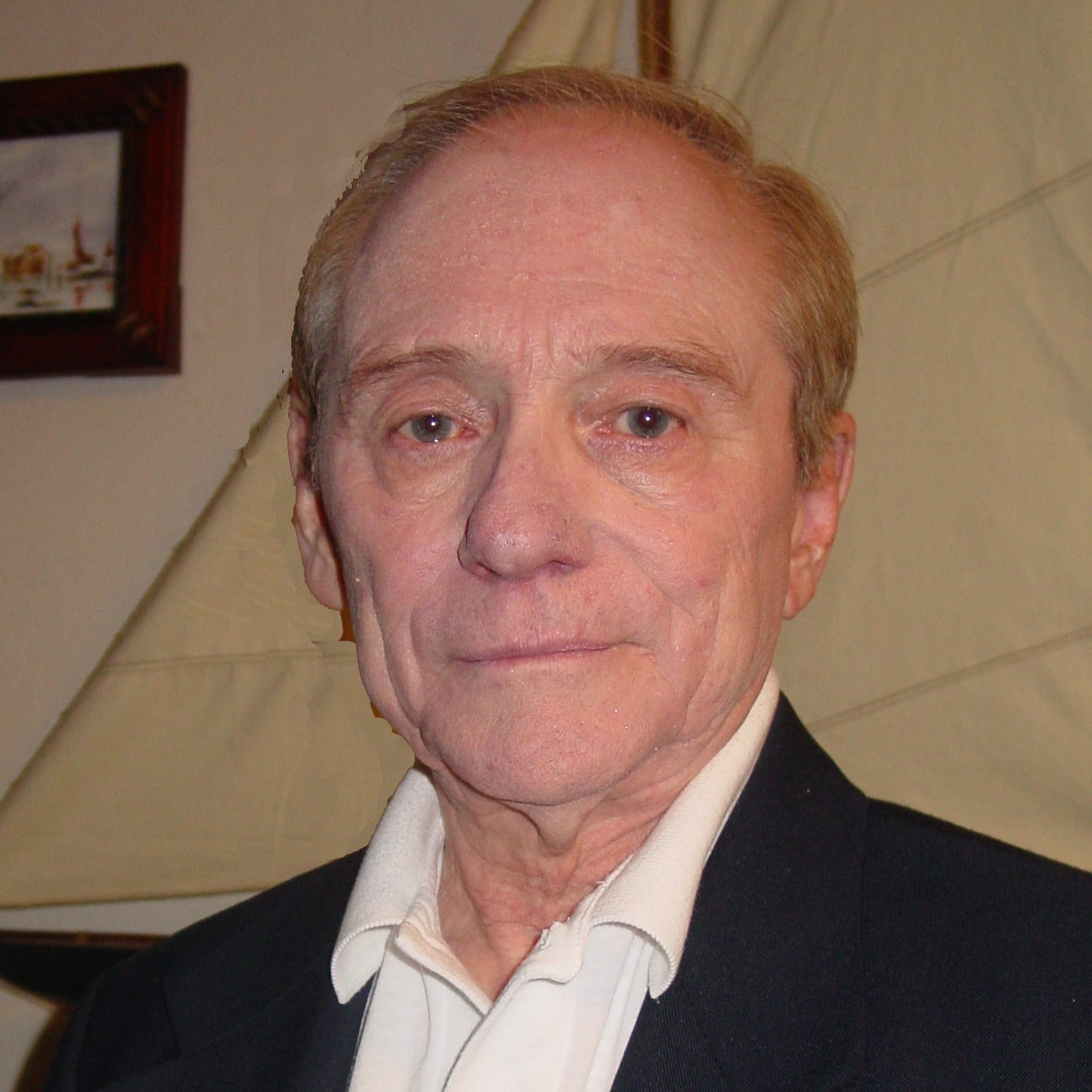 Major Richard Paul Davis (USAF Ret.) of Herndon, VA passed away on Thursday, June 12, 2014. Beloved husband of Irina Davis; Godfather of Maria Marshakova of Toronto; brother of Harry (Donna) Davis of FL. Richard was born on February 17, 1938 in Brooklyn, NY and grew up in Pensacola, FL. He had a 20 year Air Force career and over 30 years focused within DOD and federal agencies in program management and business development for IT programs. Membership in the United States Power Squadron was an important part of Richard's life. In 2013-2014 he was the commander of NVSPS, District 5. Richard had a lot of friends throughout all his life, beginning from high school, military and professional career, boatclub, and home owners association. He was patriotic, optimistic, loved animals, nature and had a great sense of humor. He was loved and will be missed. To honor Richard's wishes and respect his personality the family will hold a private celebration of life service. Information and condolences at www.adamsgreen.com.    [Published in The Washington Post on June 14, 2014]

Richard will have a military funeral at 10:00 a.m. on 18 September at Arlington National Cemetery. ALL USPS MEMBERS ARE INVITED TO ATTEND. 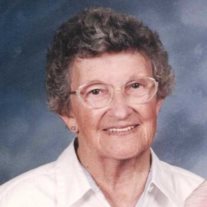 Helen Seevers Alberts, 94 of Leesburg, passed away on April 26, 2014 at Inova Loudoun Nursing and Rehabilitation Center after an extended illness. She was preceded in death by her husband William S. Alberts (former commander and long-time life member of NVSPS); her sister Ruth Imhoff; her brother Harold “Bud” Seevers and her parents Edna and Albert Seevers. She is survived by her daughters, Janet Lickey of Leesburg and Gail Stone of Spencer, WV; 5 grandchildren, Cheryl Fletcher of Manassas, William Wyatt of Oakland, CA, Christopher Stone of Wilmington, NC, Michelle Reyes of San Antonio, TX, and Frank Stone of Houston, TX; and 6 great grandchildren, Kasey Sheaffer of Sterling, Suriya and Sahil Munawar and Xoey, Lexi and Jordon Reyes of San Antonio, TX. A loving and devoted wife, mother, grandmother and great grandmother, Helen always found time to help others through a variety of volunteer activities. For (more than 20 years), she was volunteer manager of the Blossom and Bloom Shop in Leesburg. She served as an officer of the Loudoun Restoration and Preservation Society and the Blue Ridge Speech and Hearing Center and was a member of the Loudoun Choral Society, the Loudoun Playmakers and the Northern Virginia Power Squadron. In recognition of her community service, she received the 1989 Governor’s Award for Volunteering Excellence, the 1992 Outstanding Retired Senior Volunteer Award for Volunteering Excellence, the 1992 Outstanding Retired Senior Volunteer Award, and the 1993 Charles E. Smith People Who Make a Difference Award. She was a member of the Leesburg Presbyterian Church and served as a Deacon and Assistant to the music director as well as faithful choir member and occasional organist. 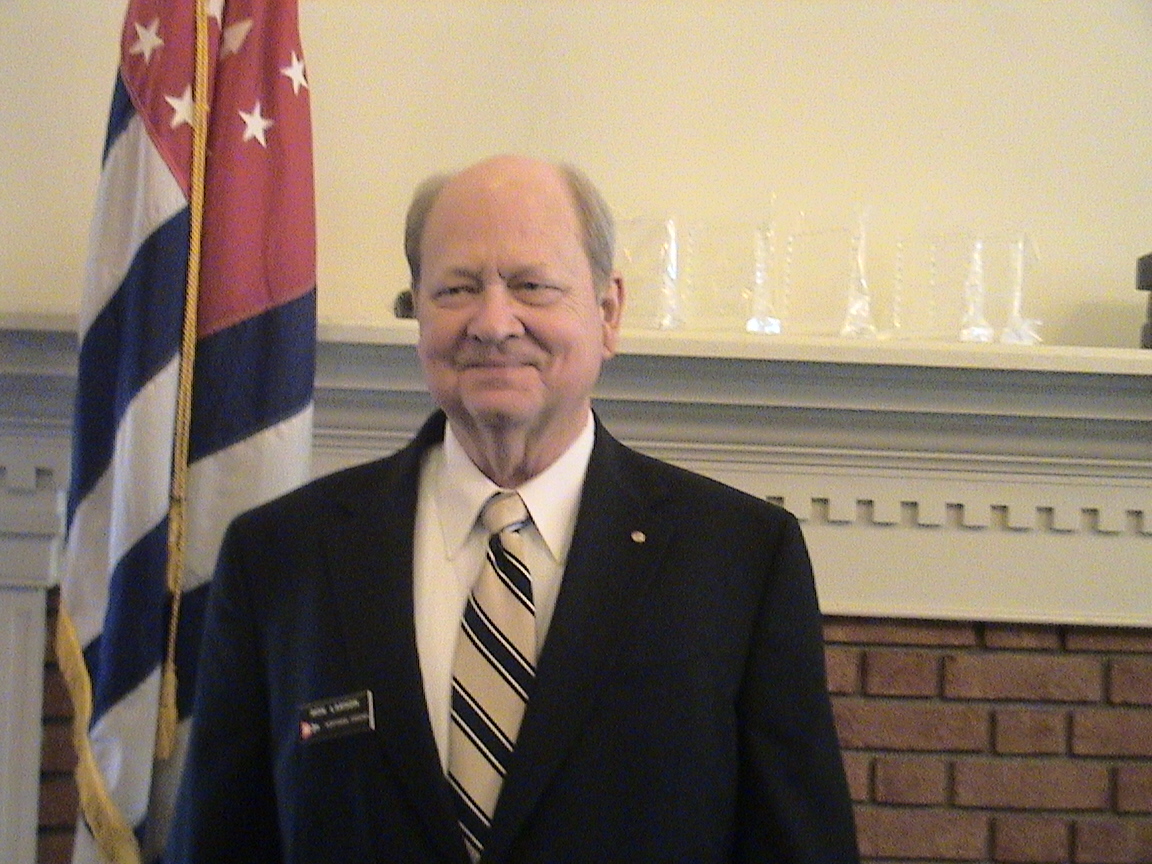 Ron Larson passed over the last Horizon on 15 December, 2013 at the Fairfax Hospital. He came down with pneumonia after heart surgery. Ron was a P/Lt/C with 25 Merit Marks, serving on the Cdr's Advisory Committee. Ron was a member of the Coast Guard Auxiliary and promoted a harmonious relationship between both organizations. His contribution to our Squadron was super and hIs guidance will be very much missed. May he rest in peace.

Charles Joseph Eby, Sr.,"Chuck" devoted husband, father and grandfather passed away peacefully on April 10, 2009 in North Palm Beach, FL. He was born to Joseph and Justine Eby on May 29, 1929 in Detroit, MI. Survivors include his wife of 57 years, Anna "Annie" Mary Budnick Eby, children, Laura Anne Cook of McLean, VA, Charles Joseph, Jr. of Kaiserslautern, Germany, William Michael of Asheville, NC and Caroline Anne of Herndon, VA, as well as a sister Joanne Eby Iott of Midland, MI and his grandchildren Jennifer, Liesel, John, Ellen, Andrew and Ted. He was preceded in death by his infant son, John Paul.

Chuck was raised in Dearborn, MI and earned degrees from the University of Michigan, Dartmouth College and Duke University where he earned a PhD in Chemistry. His career with Monsanto Corporation took him to Dayton, OH and on to the Washington, DC area where the family lived for over 40 years. Chuck served his community in many roles, such as Boy Scouts, Civic Association and US Power Squadron where for many years he served in numerous capacities, including as NVSPS Commander. As an avid sports fan, he particularly followed his beloved Detroit Tigers, U of Mich. football, and Duke basketball. Other interests included music from opera to folk, golf, motorcycling, Shakespeare, bird-watching, history and wines. Perhaps most of all he loved world travel and boating with Annie.